You are at:Home»Older posts»Negreanu: I'm old beaten up Rocky vs Ivan Drago, the machine 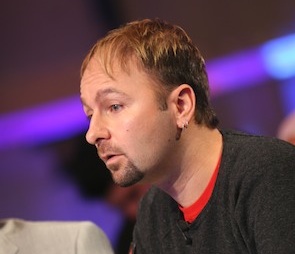 Daniel Negreanu has never made a secret of his love for Rocky movies. For years, he’s followed a ritual of staying on his couch the day before the main event of the WSOP kicks off and watching every Rocky movie back to back.

So it’s no surprise to hear Daniel compare himself to the boxer in light of his upcoming online match against the most feared heads up player in the world, Viktor Blom, aka Isildur.

“I’m the old beaten up Rocky Balboa,” claims Daniel, “Playing against Ivan Drago, the machine!” And machine might be a good description for Viktor Blom, the scraggly kid Swede with the long blonde hair whose aggression among the nosebleed tables of the internet had the likes of Tom Dwan talking to himself.

And the challenge Isildur has set out is daunting indeed. One on one, 5000 hands, $150,000 dollars per man, four tables at a time, rapid fire no-limit Hold’em, on view for the world to see. You have to ask what makes Negreanu want to take this monster on. What makes Daniel think he has any chance at all?

I want it a lot more than him!

The oddsmakers certainly don’t give Daniel Negreanu much of a chance. One prominent sportsbook opened up a line on the match with Daniel as an 11/8 underdog. The punters certainly don’t give him much of a chance either, as one way betting traffic has seen Negreanu’s odds shoot to nearly 2/1. “I’ve got a feeling there’s going to be some late money coming in on me,” Daniel says, “My friends say they’ve never seen me so motivated. I want it a lot more than him!”

Daniel has been putting the work in. The man who is the second highest grossing tournament earner of all time has been plying away at the no limit cash games on the internet for about six months now. Doing it all himself, no coach. “It’s the same way I always learned poker,” he says about the toughest games on the Internet, “the difference is the people I’m learning from now are twenty years old, whereas before they were fifty!”

Daniel claims there’s no bad blood between the two, for Daniel this match is all about proving something to himself and perhaps the rest of the poker world. In fact, he says, “I really like Isildur… If I bust him and he needs money, I’ll stake him. Happily!”

Those with short poker memories will say heads up poker was invented by Durrrr and his million dollar challenge, while old timers will claim that it was Johnny Moss and Nick the Greek. But for those who remember when the Wynn poker room opened in Las Vegas some years ago, there was another up and coming kid then who threw down the gauntlet and offered to play any man at any game for a buy-in of up to half a million dollars. He was fearless, relentless, and filled with talent. That was Kid Poker himself, Daniel Negreanu.