You are at:Home»Older posts»A History of the World Series Of Poker: – Jack "Treetop" Straus (1982) 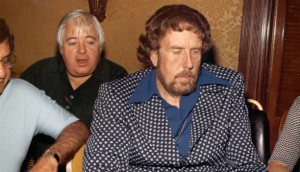 Nicknamed ‘Treetop’ because of his huge frame, Jack Straus was one of the more colorful characters at the felt.

Playing at the same table as Jack would guarantee wild and absolute outrageous stories rolling off the big man’s tongue regarding his exploits on the poker circuit. The tales would always entertain, and at times have to be taken with a pinch of salt it’s said.

Jack competed in most WSOP events since it’s inception in 1970. He finally won the big one in 1982 amassing just over half a million dollars.

This also proved to be one of the most remarkable wins in WSOP history. During the event Jack went all-in on one hand and lost, but the story doesn’t end here!

As soon as he was going to leave the table he discovered that he had overlooked one $500 chip, which was underneath a napkin on the table. And since he hadn’t vocally signaled that he was indeed going all-in officials allowed him to continue in the tourney. A tourney he eventually won, of course.

Talking about the WSOP stay upto date as we report from the The 2013 WSOP! Get all the latest PartyPoker updates from your favourite social media outlets. You can Follow us on Twitter and Like us on Facebook and Google+